Regular dental check ups are an important part of maintaining oral health, but new research from the Australian Bureau of Statistics (ABS) shows many Australians are putting off their trip to the dentist.
According to a survey undertaken by the ABS, 18 per cent of Australians aged 15 years and older who needed to see a dentist had either delayed their appointment or put it off completely, due to cost.
For Australians in the age group between 25 and 34 years, the amount increases even further to 27 per cent.
In total, almost half (49 per cent) of all Australians aged 15 years and above had seen a dentist within the last 12 months, and 57 per cent of people within this group had visited their dental professional two or more times.
“This survey collected information on access and barriers to a range of health services including general practitioners (GP), dental professionals and medical specialists,” said ABS Director of Health Statistics Louise Gates in a November 21 statement.
“People living in outer regional, remote or very remote areas of Australia were also more likely to delay going or not go to a dental professional due to cost (21 per cent) compared with those living in major cities of Australia (17 per cent).”
The survey also found people living in areas of “socio-economic disadvantage” were twice as likely to put off a necessary visit to the dentist due to cost, compared to people who lived in more traditionally affluent areas.
While the cost of seeing a general or cosmetic dentist may be higher initially, delaying a necessary treatment such as dental implants or invisalign can have a harmful effect on oral health.
The sooner a problem is identified, the sooner it can be resolved. However, if issues such as overcrowded, crooked or missing teeth are left untreated this can have a damaging impact on the health of the surrounding teeth.
Catching a problem early can aid in reducing the cost of more expensive treatment later on, so a visit to your cosmetic dentist can be essential.

A root canal and tooth extraction are two different treatments that can help treat an infected tooth and other issues. 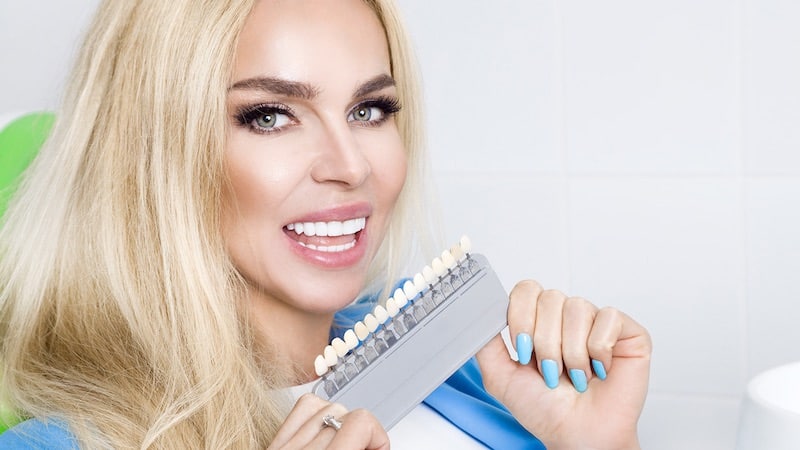 Tom Cruise has one of the most famous smiles in Hollywood - but he wasn't blessed with naturally pearly whites.